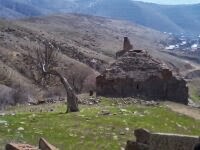 Email ThisBlogThis!Share to TwitterShare to FacebookShare to Pinterest
Labels: Ճանապարհորդություններ

Email ThisBlogThis!Share to TwitterShare to FacebookShare to Pinterest
Labels: Տնտեսագիտություն Read more »
Posted by AnnaMatevosyan at 18:29 No comments: John and Mary had been married twenty years. They have same profession and they work for the same company. It was fifteen years ago, when they had an unusual holiday together.
That year John decided to make surprise to Mary and he asked his boss to give them holiday at the same time. John bought two tickets to Switzerland. It was a very big surprise for Mary, she was happy and excited.
They were already there and the first that they did was going to the restaurant because they were come to Switzerland by train and it took them five hours and so they were very hungry.
After breakfast they decided to go to the “skiing hill”. They reached to the top of the hill by ropeway, there a beautiful sight opened. John had prepared everything beforehand. He knew that Mary liked skiing more than other kind of sport. They skied to the forest and then had a little picnic. During picnic John gave Mary a present. It was snow-white rabbit, with pink nose, in the gift box.


Now when they see how their rabbit jumps around the Christmas tree, they remember that beautiful and memorable day.

Posted by AnnaMatevosyan at 00:23 No comments: